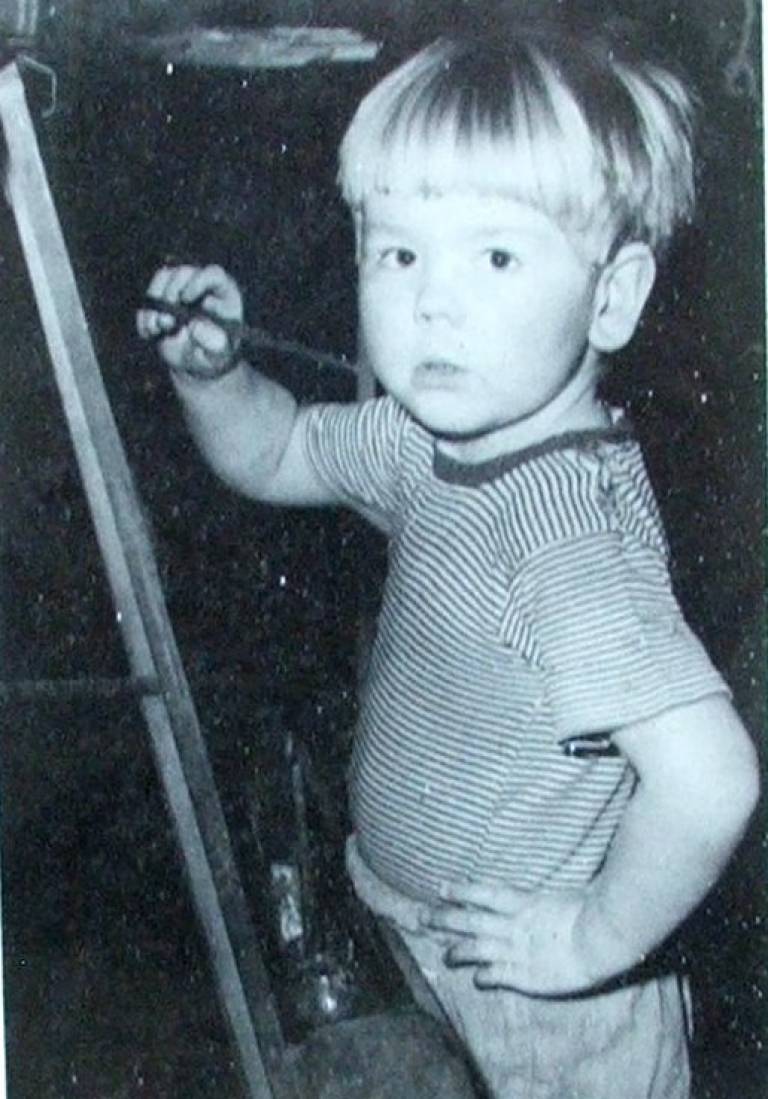 I first decided that I wanted to be a painter at the age of seven. I was standing in front of a Van Gogh portrait, The Seated Zouave, though I didn’t know the title then. I felt in some strange way - and with the presumptuousness of youth - that I understood ‘how he had done it’. I think he has that effect on people – he paints in such an ‘obvious’ way (that is, of course, not obvious at all) that he communicates directly and clearly with the viewer. From that moment on I was hooked.

It took me another decade to start doing anything about it. “I am a painter!” I would tell my friends, as they patiently pointed out that I wasn't actually painting anything. So at the age of seventeen I finally got oil paint on my hands, learned to love the smell of turpentine, and embarked on some very naive and faltering first steps. I have been in love with painting ever since.

At the age of twenty one, after experimenting in France, Corsica, Greece, Turkey and Africa, I discovered and fell into the magic spell of Italy. Over the years, firstly in Liguria, then Toscana, Calabria and Umbria, I have been entranced and seduced by the landscape, language, architecture, light, people, food, wine and culture.

Having moved to the far West of Cornwall I now divide my time between the green granite, the clear turquoise sea and the salt air of West Penwith and the dusty Naples yellow, deep blue shadows and cobalt skies of Umbria. My intention is that my paintings tell of my passion for these places as well as my love of the structure, colour, beauty and excitement of Still Life and invite the viewer to discover the magic for themselves.